Sake Guide Lesson 1: What is sake?

Sake Guide Lesson 1: What is sake?

Sake, pronounced “sah-keh”, is a Japanese alcoholic beverage made from fermented rice. In Japan, sake is a general term for any alcoholic beverage, and what Westerners know as sake actually refers to nihonshu, the traditionally brewed and fermented drink. Sake is a category of its own with a unique brewing process and over 10,000 variations. Here we look at the brief history of sake, how it’s made, and the unique regionality of Japan that influences the variety of sake we enjoy today. 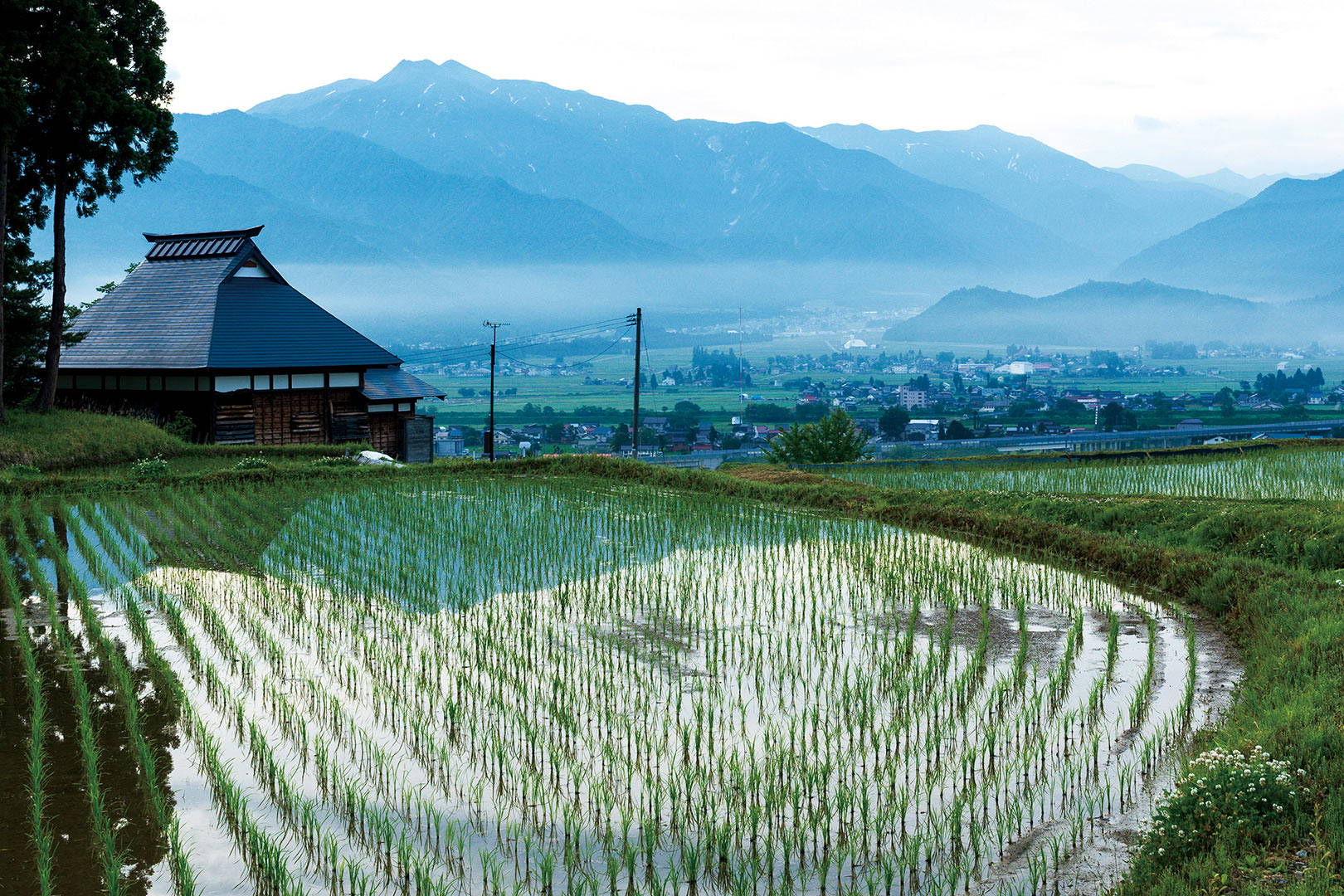 The history and origin of Japanese sake goes back approximately 2,000 years when rice farming came from China. Since then, rice has been a staple in Japanese cuisine, and sake, which was originally used to celebrate rice harvests, is enjoyed with unique food cultures developed in each region of Japan. At its peak in the 19th century, there were over 20,000 sake breweries in Japan, but the number has declined to what is now just over 1,400 breweries due to war, government restructuring, and the modernization of Japanese consumer culture. 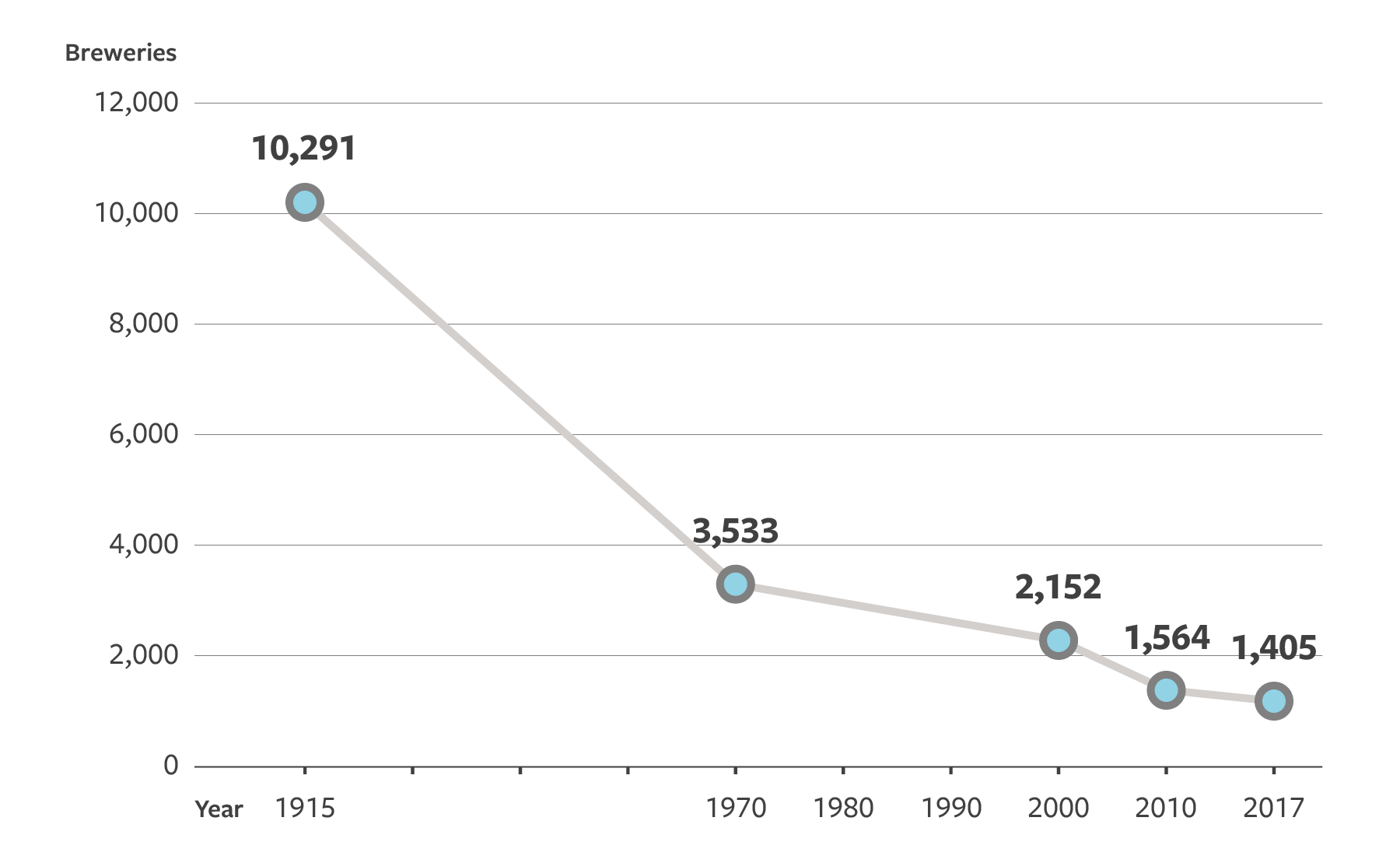 Sake, however, is not lost in Japan or around the world. In fact, trends are showing that the demand for more premium products is compelling breweries to specialize in higher quality sakes, as well as experiment with new styles and flavors. Hence the growth of different categories of sake; these days, breweries are producing sparkling and flavor-infused sake, as well as other unique sake that may appeal to wine drinkers and pair more suitably with other kinds of global cuisine. 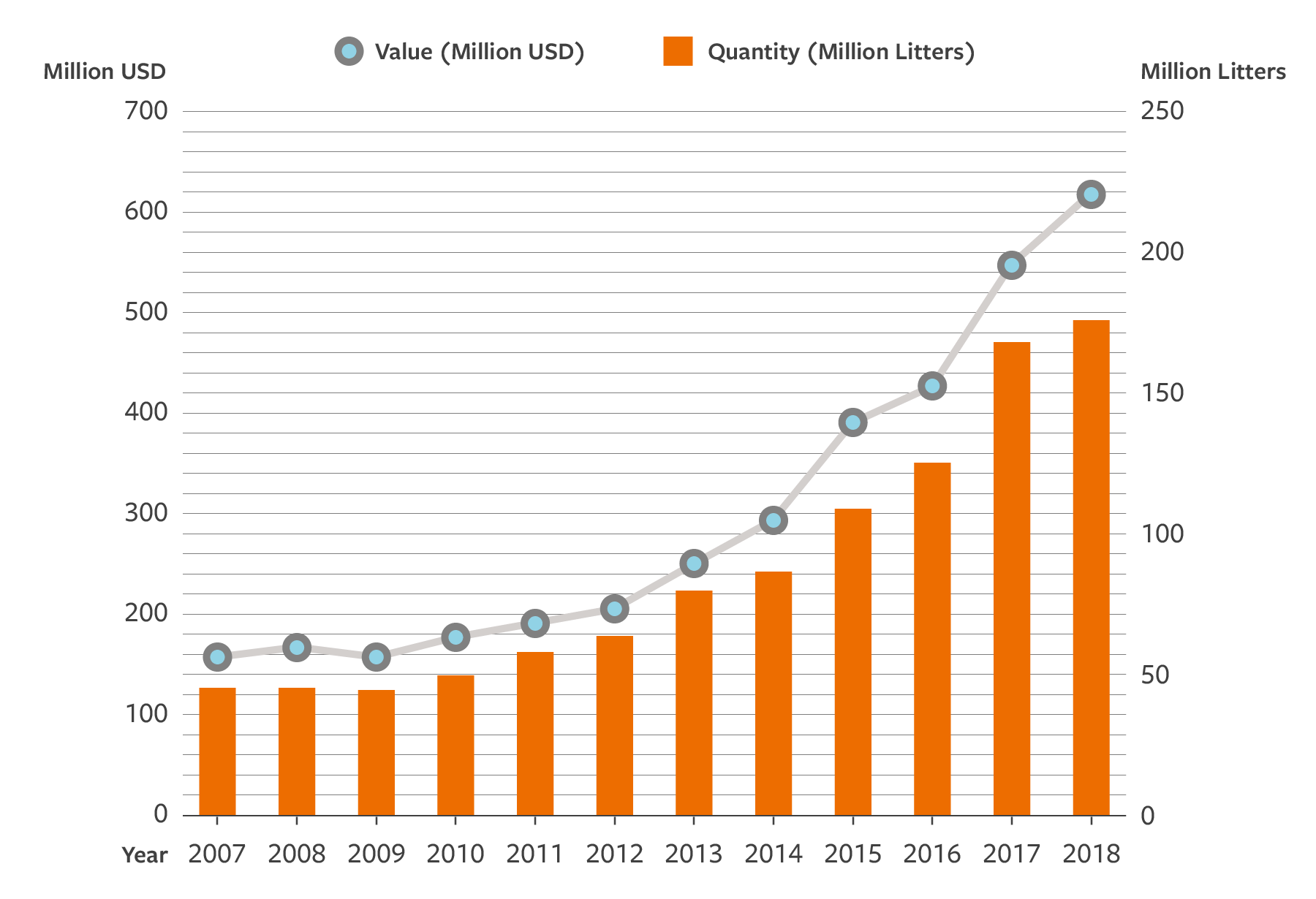 There are four ingredients to make sake: rice, water, yeast and koji. Special rice, called sakamai, is used for making sake and is prepared through rice polishing. Even the quality of water differs within each region of Japan and its minerality influences the speed of fermentation. Yeast is another ingredient that contributes to the aroma components of sake. Some strains of yeast are unique to the individual brewery or to the regions, and some are developed by the prefecture. The fourth ingredient—koji—is the mold that is carefully distributed over the rice to convert the starches to sugar. All of these factors shape the unique taste profiles of each sake. 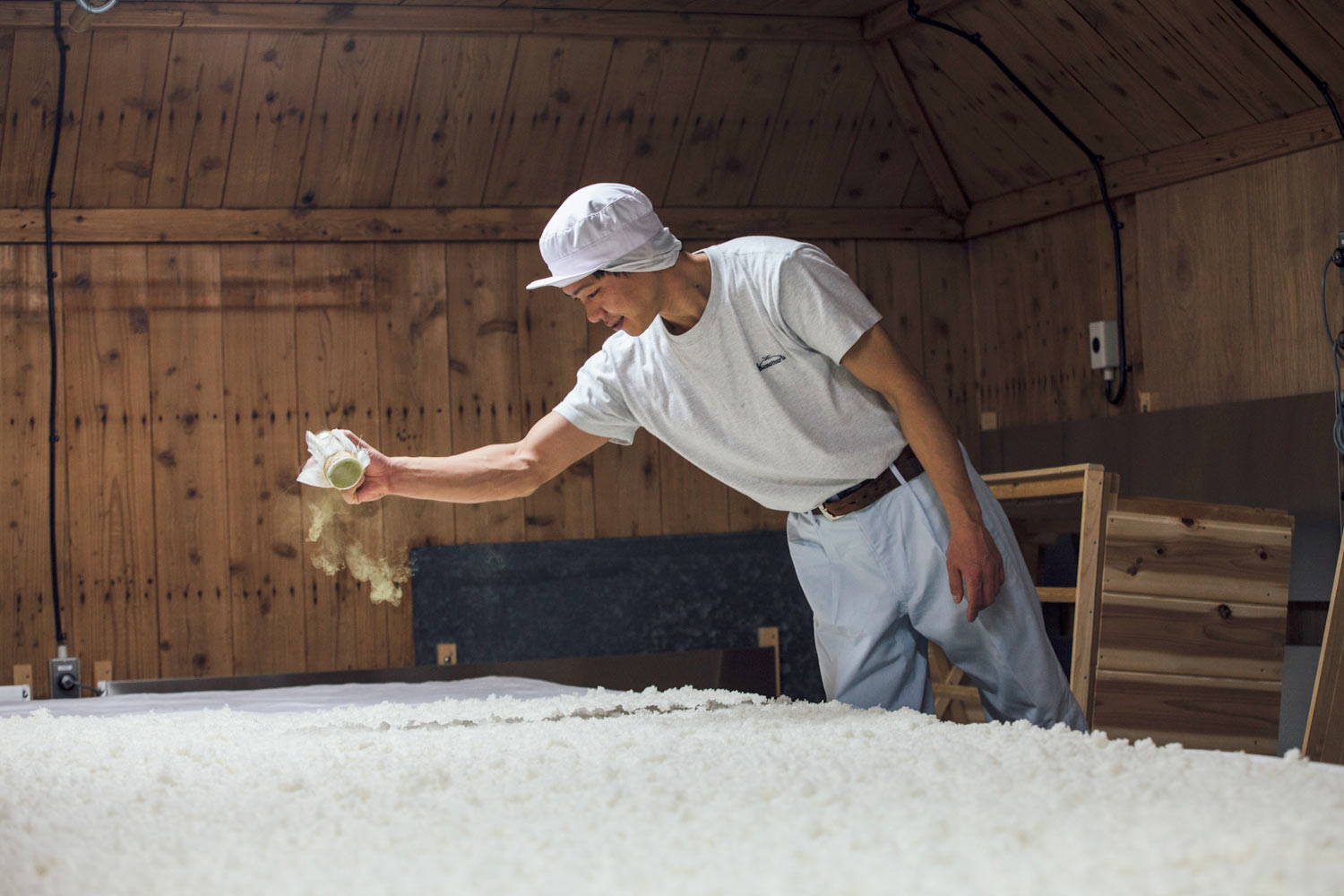 Sake requires the extensive skills of brewers to control the delicate environment throughout the production process. Every detail—from selecting the right combination of ingredients to polishing, washing and steaming the rice, to closely monitoring the progress of fermentation—plays into the taste, aroma and appearance of the final product.

Sake is made of water, rice, yeast and koji.

Sake is often called “rice wine” because like wine, it features unique variations of flavors with subtle aromas. Sake is also likened to beer because it shares a similar brewing process. However, sake brewing is much more complex and requires a process called “multiple parallel fermentation” to drive the conversion of starch to sugar and sugar to alcohol simultaneously (not sequentially as is the case with beer). 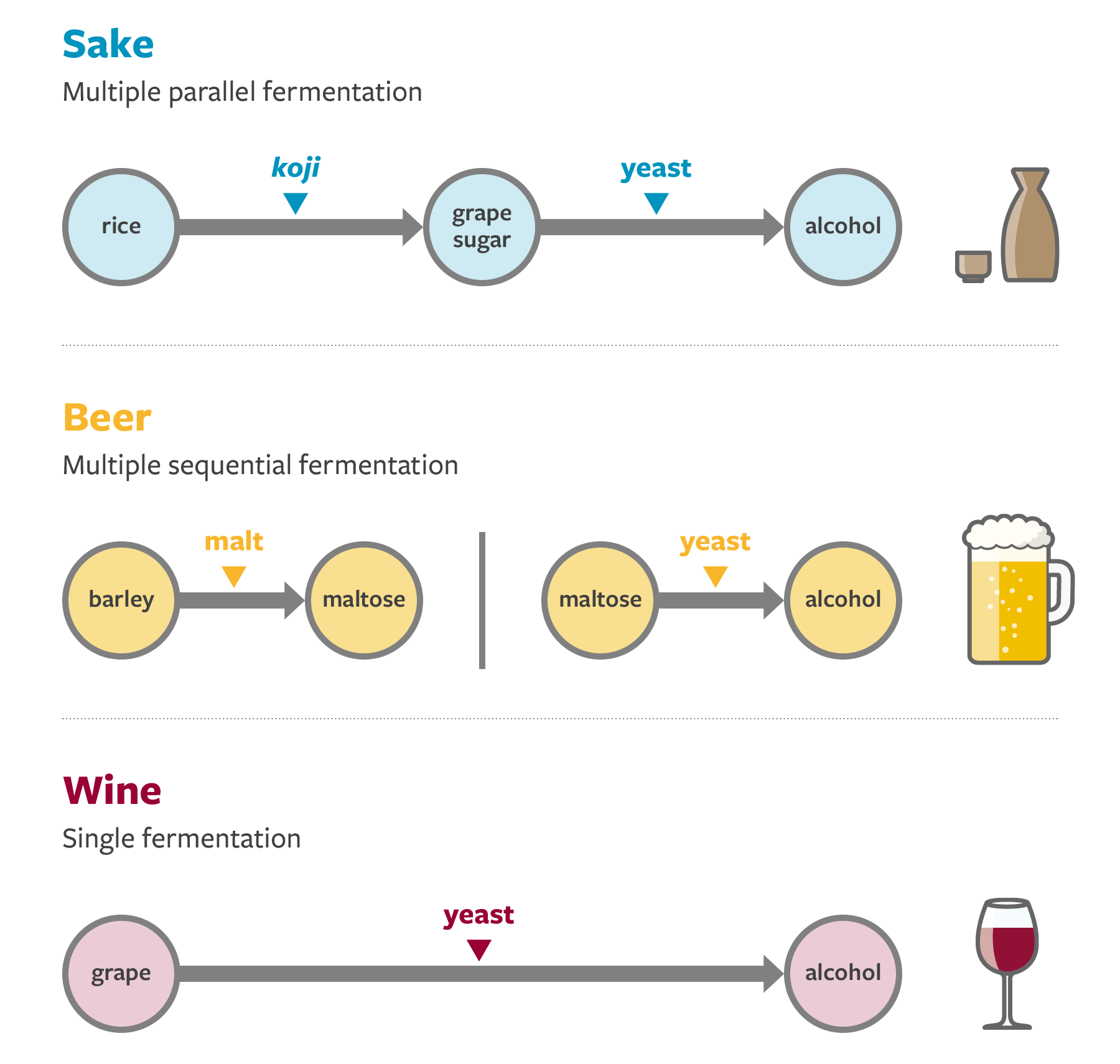 The misperception of sake being “hard liquor” stems from the harsh, throat-burning sensation one might taste when drinking cheap, hot sake. This sensation is usually a result of serving sake at extreme temperatures, which is not suitable for the sake as it loses the balance of flavors. The average alcohol content for sake is 15–16% ABV, which rates high among fermented drinks, but not to the level of hard liquor. 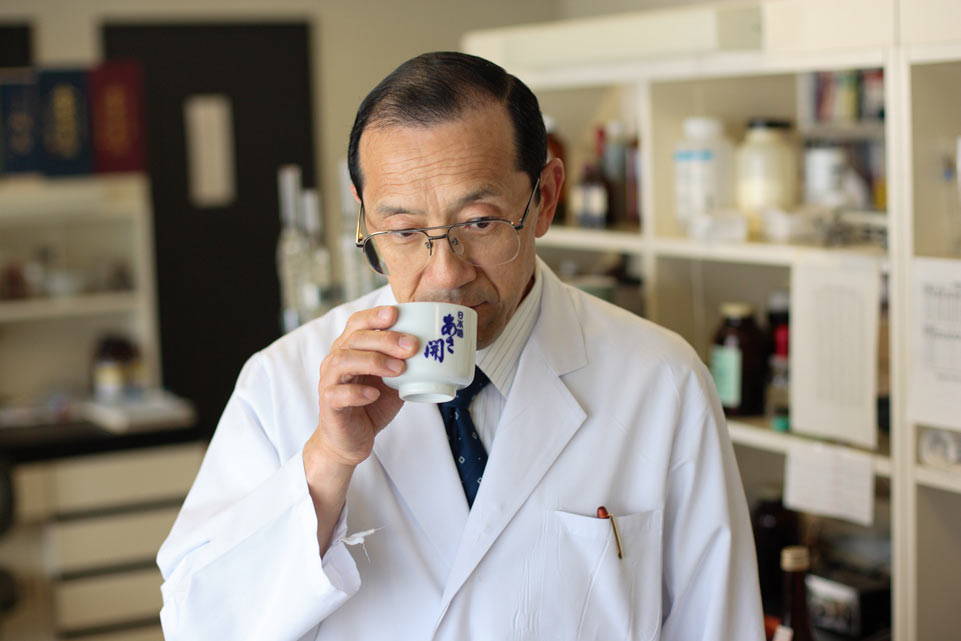 Having been managed by the owner’s family from generation to generation, many breweries have a long history dating back a few hundred years. The craftsmanship and skills of brewmasters, called toji, have been carefully developed and passed down, shaping the unique flavor profiles of each brewery in each region. This is a major reason why the sake of each region pair naturally with the local food. Thanks to the abundance of natural ingredients from the sea and the mountains, and the distinct climate differences in each season, sake delivers such diverse flavor characteristics that highlight the wide range of Japanese food culture.

Lesson 2: What is rice polishing ratio?